The Lindeman family came from the central Norwegian region of  Trøndelag, and played an important role in the musical life of Norway throughout the eighteen and nineteen hundreds.

The Norwegian roots of the Lindemans’ Trøndelag branch begin with Madz Christophersen (ca. 1670–1730), a tobacco spinner from Christiansand. One of his sons, Christopher Madsen (ca. 1706–1822), settled in Trondheim and in 1757 adopted the name of Lindeman(n) in connection with his exams to enter the medical profession. His son, Jakob Madsen Lindeman (1735–1822), became a district judge in Surnadalen in the Western Norwegian county of Møre and Romsdal. The judge played violin and flute, and was known as an accomplished amateur musician. He and his wife, Anne Severine (nee Hickman), had three children. 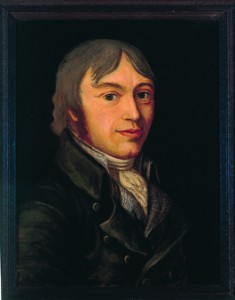 Ole Andreas Lindeman (1769–1857) was the eldest of Jakob Madsen’s children. In 1789 he was sent to Copenhagen to become a lawyer. At the same time he began to study music, among others with Kirnberger’s pupil Israel Gottlieb Wernicke (1755–1836), who acquainted him with the Bach tradition.

In 1802, Ole Andreas Lindeman decided to become a professional musician, and worked as an organist at Vår Frue kirke (Our Lady’s Church) in Trondheim until his death. He organized many concerts, composed songs and piano pieces, and collected Norwegian folk tunes. During his stay in Copenhagen he had acquired a number of handwritten copies of theoretical writings on music from the Baroque (Kirnberger, Marpurg, C.P.E. Bach), as well as facsimiles of music manuscripts by Johann Sebastian Bach and other Baroque composers. This allowed him to pass on the Bach tradition directly to his students in Trondheim, his own children among them.

In 1831, Lindeman had published Udvalg af Psalmer uddragne af den Evangelisk-christelige Psalmebog, i sær til Brug for den skolesøgende Ungdom (A collection of hymns from the Evangelical Christian Hymnal, for particular use by youth seeking to attend school), commissioned by the Ministry of Church and Education. The Evangelical Christian Hymnal was not the only hymn book used at the time. Hymn books by Kingo and Guldberg were in widespread use, and instead of commissioning an altogether new collection of hymns, Lindeman was asked to create a chorale book containing the tunes from all three hymn books. The collection was authorized as the only Chorale book to be used by the Norwegian Church on 15 June 1835, and was sent out to all the country’s churches at its publication in 1838.

Ole Andreas Lindeman’s musical children
Fredrik Christian Lindeman (1803–68) was the eldest of Ole Andreas and Anna Severine Lindeman’s children. He received instruction in music theory, organ and piano from his father. During his studies in Christiania, he filled in as organist at Vor Frelsers Church (now Oslo Cathedral) until 1826. In 1827 he began to teach religion at the Institute for Deaf-Mutes in Trondheim, and following study tours to Copenhagen and Stockholm, became a pioneer in working to facilitate educational opportunities for deaf people. In addition to his responsibilities at the institute, Fredrik worked as an organist at Hospitalskirken (Hospital Church), and in 1857 succeeded his father as organist at Vår Frue kirke. He was known as an accomplished organ player and was able to improvise in contrapuntal style. Pianist and composer Thomas D.A. Tellefsen regarded him as one of the leading Norwegian organists of the time. Among F. Chr. Lindeman’s many compositions, only a few chorale settings survive.

Jacob Andreas Lindeman (1805–46) received his first music lessons from his father. He went to study theology in Christiania, at the same time working as an organist at Vor Frelsers kirke from 1826 until 1839. During the years 1836–39 he taught music at Asker seminary, and continued to cultivate his interest in music after entering into his first position as pastor in Leikanger in 1839. In 1862 he published a collection of preludes.

Peter Tangen Lindeman (1810–88) studied music, but chose to become a doctor in Trondheim, where he also worked as a singing teacher at a lower secondary school.

Severine Dorothea Lindeman (1814–88), like her other siblings, was extremely musical. She played the piano, and accompanied her sister Juliane and brother Peter Tangen on study tours in 1839 and 1842. In 1846, Severine Dorothea married Carl Jacob Waldemar Dons (1810–78), a theologian who taught at Trondheim Cathedral School. Severine Dorothea Dons had five children. She cultivated music in her home, and was a sought-after piano teacher.

Juliane Cathrine Lindeman (1816–79) was the youngest daughter of Ole Andreas and Anna Christine Lindeman. She received instruction in music theory, continuo playing, piano and organ from her father, and in 1839 went on a study trip to Stockholm, Copenhagen and Hamburg together with her sister Severine Dorothea. She was an active performer, and in 1842 embarked on a three-month tour of many Norwegian cities, for which she received favourable reviews in the press. The tour brought in revenues that were used for a study trip to Paris.

In June 1843, Juliane Lindeman moved to Christiania in hope of making a living as a teacher, but chose to move back to her family in Trondheim the following year. Here she worked as a piano teacher and established the country’s largest sheet music library.

In 1857, Juliane became engaged to her piano student, theologian Ole Andreas Tangen Krognes (1832–87). They were able to marry when Krognes was appointed resident chaplain in Dalen. Musical activities were hereafter mainly confined to the vicarage, but listeners were served far more than small salon pieces. In a letter from 1863 to his brother in law, Ludvig Mathias, Krognes reported that they had played Hummel’s virtuosic piano concerto in A Minor at one of these occasions. Juliane had played the solo part, while he had accompanied her from a piano reduction of the orchestral score. During her later years, Juliane was plagued by poor health and died in 1879 after long illness.

Just Riddervold Lindeman (1822–94) was the youngest of Ole Andreas and Anna Christine Lindeman’s children. In 1840 he went to study at the university in Christiania, while at the same time studying organ and piano with his brother, Ludvig Mathias. In 1846 he became a member of Det musikalske Selskab (The Musical Society), and was listed in the society’s records as bass, pianist, cellist and double bass player. In spring of 1847, his brother informed the family in Trondheim that Just had broken off his university studies to become a professional musician.

In 1849, Just began work as a music teacher and piano tuner in Trondheim. In 1852 he returned to Christiania, and in April performed his own violin sonata together with the violinist Ursin, before taking on a position as organist in Christiansand during the following year. In 1858 he became organist at Nidaros Cathedral in Trondheim, a position he held until his death in 1894. Just Lindeman also had ambitions as a composer. In addition to his violin sonata, he composed a piano quartet. In connection with the publication of Romancer uden Ord (Songs without words) in 1851, Halfdan Kjerulf described him as a skilful and talented composer. In 1863 he applied for a government grant to travel and study, and submitted a Fantasi over Norwegian melodies for piano and an organ fantasy that received positive reviews from composer Carl Arnold. In 1864, Just Lindeman lived in Copenhagen for four months, studying singing and teaching methods. In addition, he took composition lessons with N.W. Gade, who enabled him to participate in the local music society. In spring of 1865 he continued to Dresden to attend the performance of a number of compositions that he had arranged for orchestra. On his way home he used the opportunity to experience the musical life of Paris. Just Lindeman was married to Therese Sparre, an accomplished coloratura soprano who frequently performed together with her husband in Nidaros Cathedral.

Just Lindeman’s daughter, Astrid (1855–1936), made her first public appearance as a pianist at age four. She filled in as organist for her father at Nidaros Cathedral and Hospital Church. She improvised, composed songs and chorales, and became a pupil of Erika Nissen in Christiania. She had all it took for a brilliant career as a pianist, but in 1880 chose to marry Søren H.H. Swensen (1854–1921), a theologian. They had 11 children, but Astrid continued to play the piano and teach privately. Her daughter, Marie Louise (1900–91), became a pianist and married her second cousin, Trygve Henrik Lindeman, who was to be the last Director of the Music Conservatory in Oslo.